The Otumfuo Osei Tutu II Foundation has paid the medical bills for 30 women who were in detention at the Komfo Anokye Teaching hospital.

The Foundation after settling the GHC30,000 medical bills of the nursing mothers and their children also gave each mother a hamper and transportation of GHC700.00.

It was a moment of joy for the nursing mothers since some of them had complications which required a surgical session. While others were sick and needed specialist.

The nursing mothers and their babies had recovered from their sickness but could not afford the bills presented to them.

Some of the mothers were presented with medical bills of as much as GHC 6,000.00. 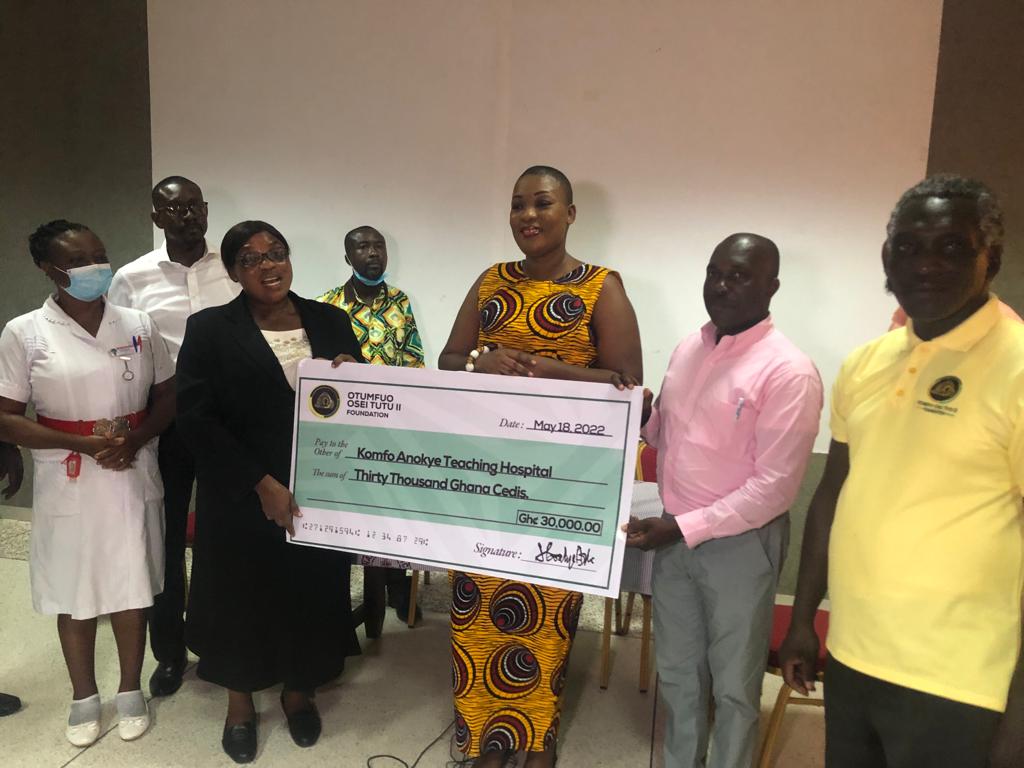 The nursing mothers in detention in the facility commended the management of the Otumfuo Osei Tutu II foundation for facilitating their release from the facility.

The Chief executive of the Komfo Anokye Teaching Hospital Dr. Oheneba Owusu-Danso appealed to the corporate institutions and Philanthropists to come to the aid of other persons in detention in the facility.

He said the management of the hospital is not comfortable with the detention policy but the situation calls for it.

‘Bobie Ansah’s blunder not criminal; First Lady could have sued him’ – Manasseh Azure