Infidelity is one of the main cause of marriages and relationships tearing apart.

No marriage can stand without trust .A Nigeria man has shared a bitter story about how a married woman have affair with his ex-boyfriend during their wedding night.

The narrator revealed that the incident happened in 2015 and it was on the night of her wedding.

According to him, after the wedding, there was a celebration at the house of the newly wedded couple.

But as people were drinking and making merry, the new bride was engaged in an obscene act with her ex by the corridor of the boy’s quarters.

The man who shared the story said his mother caught the lady and her ex but did not create a scene over it.

I was actually astonished as to why a married woman can start her marriage journey in that manner.What if she got pregnant just by doing this, what will be the results?? 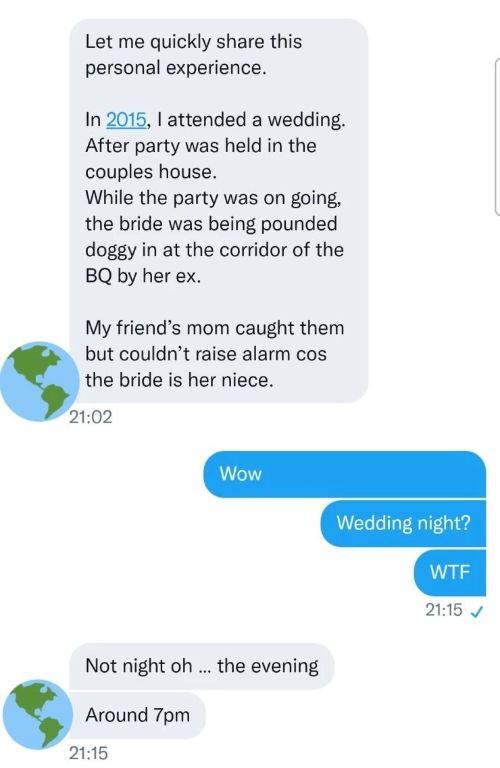 Shocking Audio: NPP executive confesses on how COVID fund was squandered among themselves

Stonebwoy arrives in the UK ahead of his much anticipated “AJUK Tour” on Nov. 21 | Buy Tickets here

Lilwin reveals why he divorced his first wife Patricia – Video