#FixTheCountry convener, Oliver Barker-Vormawor, has alleged circumstances surrounding the death of a man identified as Ebenezer Dosu at the Ashaiman Police Station.

According to Barker-Vormawor, Ebenezer Dosu was allegedly arrested by a police officer who wanted to extort money from him.

In a post on Facebook, he narrated that the police officer kept the deceased in police custody after he failed to pay the money he was demanding.

While in police custody, the deceased complained of hunger and stomach ache throughout the night but was ignored by the police; he died the next morning.

He further claimed that the arresting officer and the Counter NCO who was on duty have been recommended for interdiction. 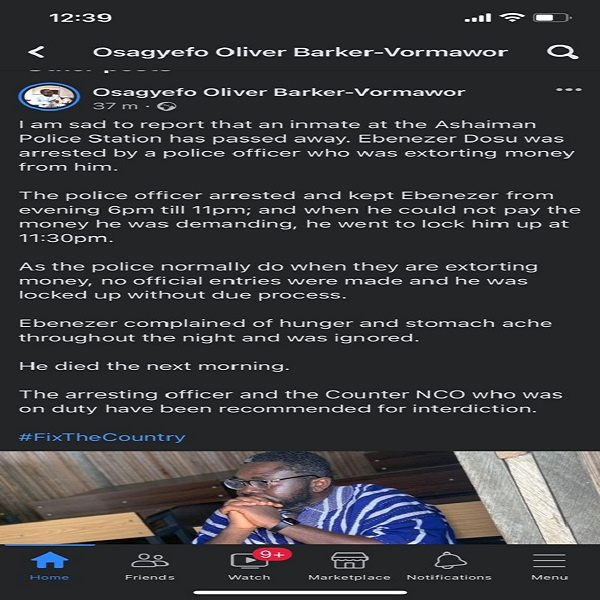 Old Lady Who Vowed Not To Touch Her Bible If JDM Wins The Election, Drops Another Tough Message