The opposition National Democratic Congress has announced dates for its local and national executive elections.

According to the party, branch executives elections which begins the exercise will be held from June 15 to July 2022 while the national executives polls be held in November this year.

A communique following a national executive committee meeting of the party also noted the controversial SALL is considered a hold of the party.

“That, to be eligible to contest for a position in the branch elections, a person must be a registered and active member of the party and in good standing for a least four (4) years.

“That all registered members of the party in good standing shall participate in the voting process.  That for the avoidance of doubt, NEC delegates the Functional Executive Committee to act on its behalf in the exercise of the approved guidelines for the conduct of the branch elections,” the statement signed by General Secretary Johnson Asiedu Nketia said. 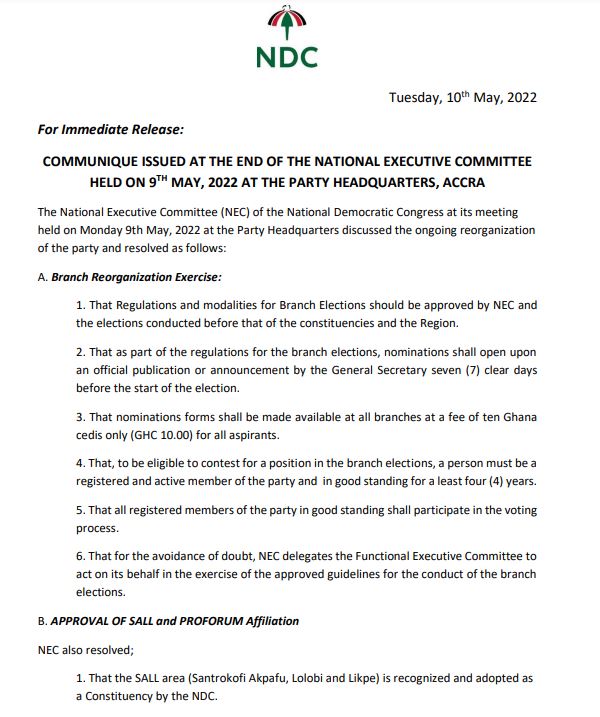 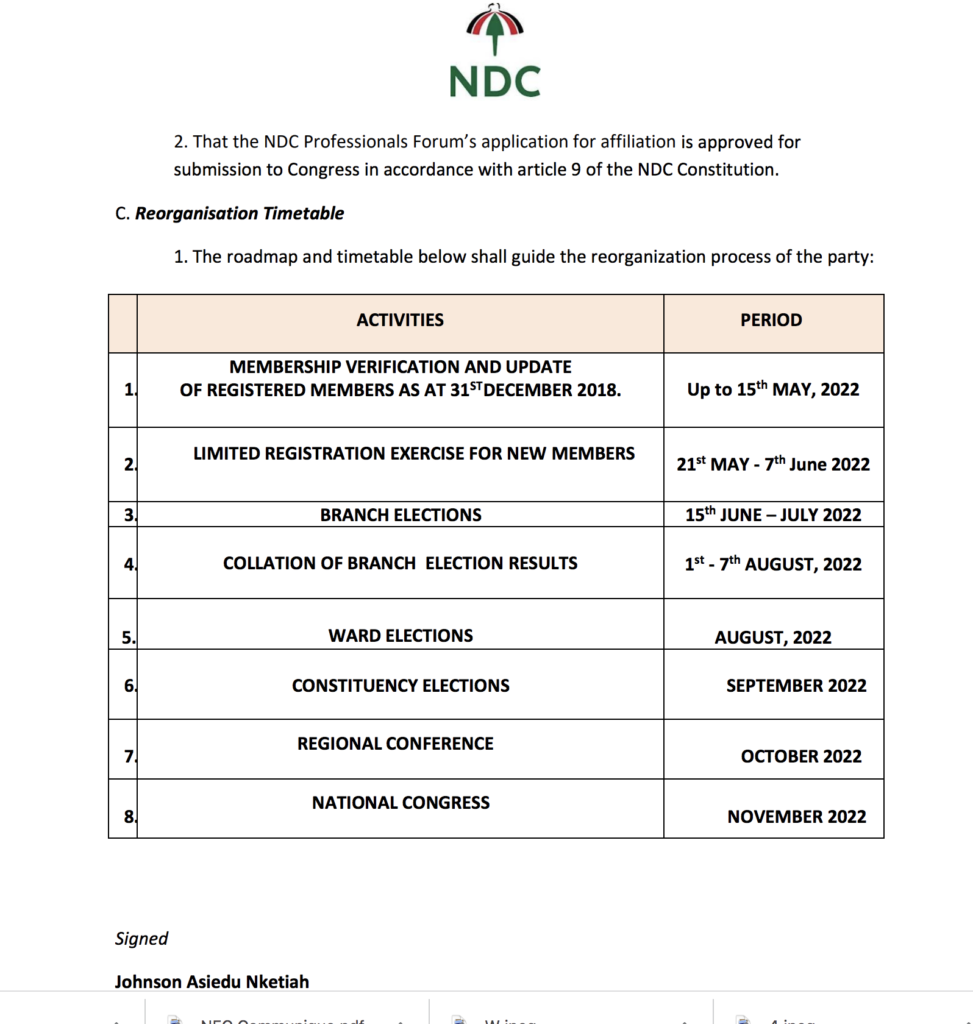