Some irate youth in Nkoranza in the Bono East region have attacked the Police station in the area freeing at least three suspects in custody.

The youth who are protesting the death of  28-year-old trader, Alber Akwasi Donkor reportedly attacked some officers before setting the inmates free, Starr News has gathered.

The Police has however identified the leaders of the irate youth and are pursuing them.

In a press statement Tuesday, Director-General of Public Affairs, DCOP Kwasi Ofori said, the IGP “spoke with the family [of the deceased] on the telephone and has constituted a high-powered delegation led by COP Christian Tetteh Yohuno, the Director-General/Administration to visit Nkoranza tomorrow [Wednesday, for further engagement with all stakeholders.” 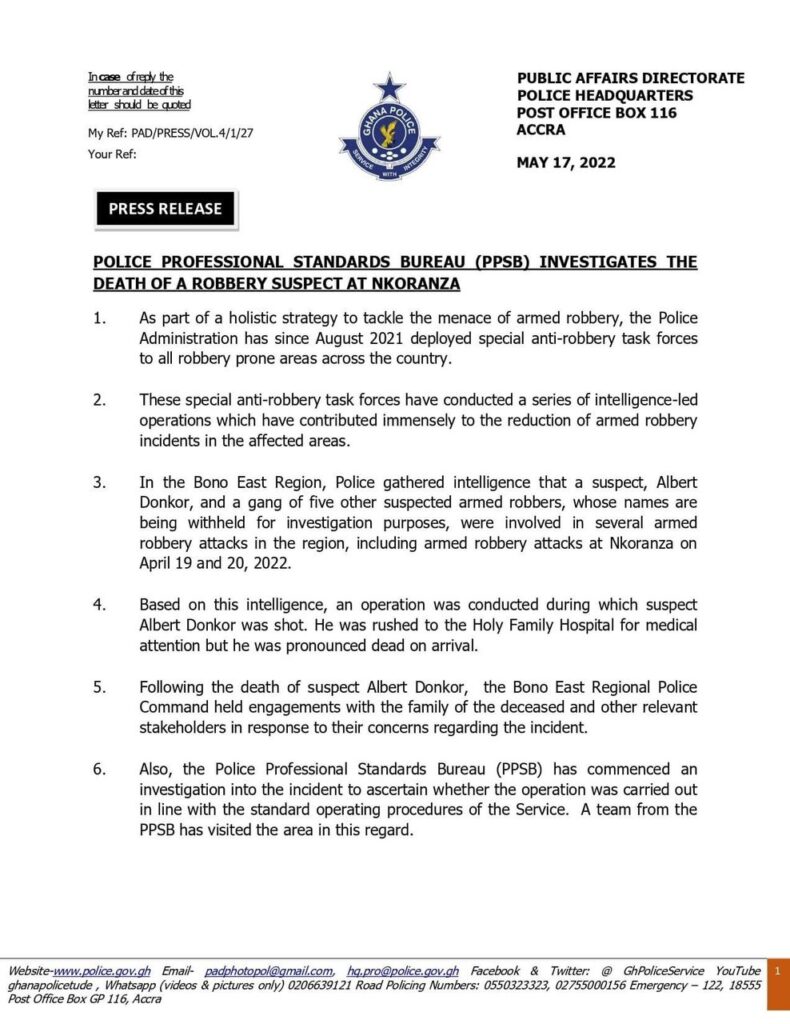 The Police have urged the public to avoid unfounded speculations which have the potential to prejudice the outcome of the investigation.

The deceased, who is a footballer and digital television installer, is said to have been picked up from his Nkoranza South home by armed officers at 2 am on April 24, 2022, in an unregistered vehicle on an anti-armed robbery operation.

Achimota Forest has not, will not be sold – Jinapor

Plane with 11 on board crashes near Cameroon capital