The death of the movie star was announced by his colleague Chioma Topis.

The actress took to her Instagram page on Monday, May 16, 2022, where she announced the sad news.

“Actor Leo Mezie is dead. He died on Saturday in Abuja while recovering from kidney transplant. His corpse has been moved to Umuahia his hometown. RIP Leo,” she wrote.

The actor has been battling the ailment for years.

It would be recalled that in 2016, the actor had undergone surgery in the United Kingdom.

On his return from the trip, the actor thanked his wife for her huge support during the surgery.

“At some point, I resigned to returning to my village to live whatever is remaining of my wife but my wife stood by me like a rock of gilbratar,” he said. 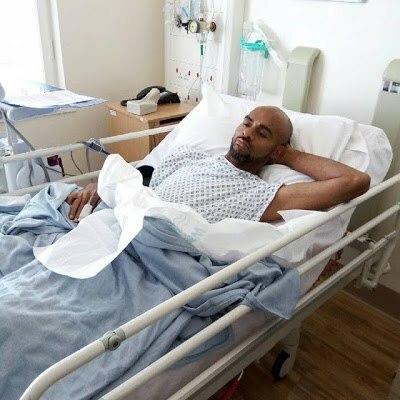 “My wife begged me to allow her seek the face of God and do all she can before I can resign to fate and after much pressure and support from several individuals, I was given another chance.”

The actor revealed that he got support from several Nigerians including Ibinabo Fiberesima, Ateke Tom and Apostle Johnson Suleman.

Until his death, Mezie was a Nollywood actor, writer and movie producer.

He rose to stardom in 2003 after her starred in the movie ‘Labista’ alongside the late Ernest Asuzu and Jerry Amilo.

May his soul rest in peace.

Shot And Killed Man In Alleged Armed Robbery Case Identified As Son Of A Popular MP.

Made In Taadi: Kofi Kinaata announces activities lined-up for this year’s concert

My Prophecy Will Not Fail; Prophet Amoako Atta Speaks about Angel TV Presenter.