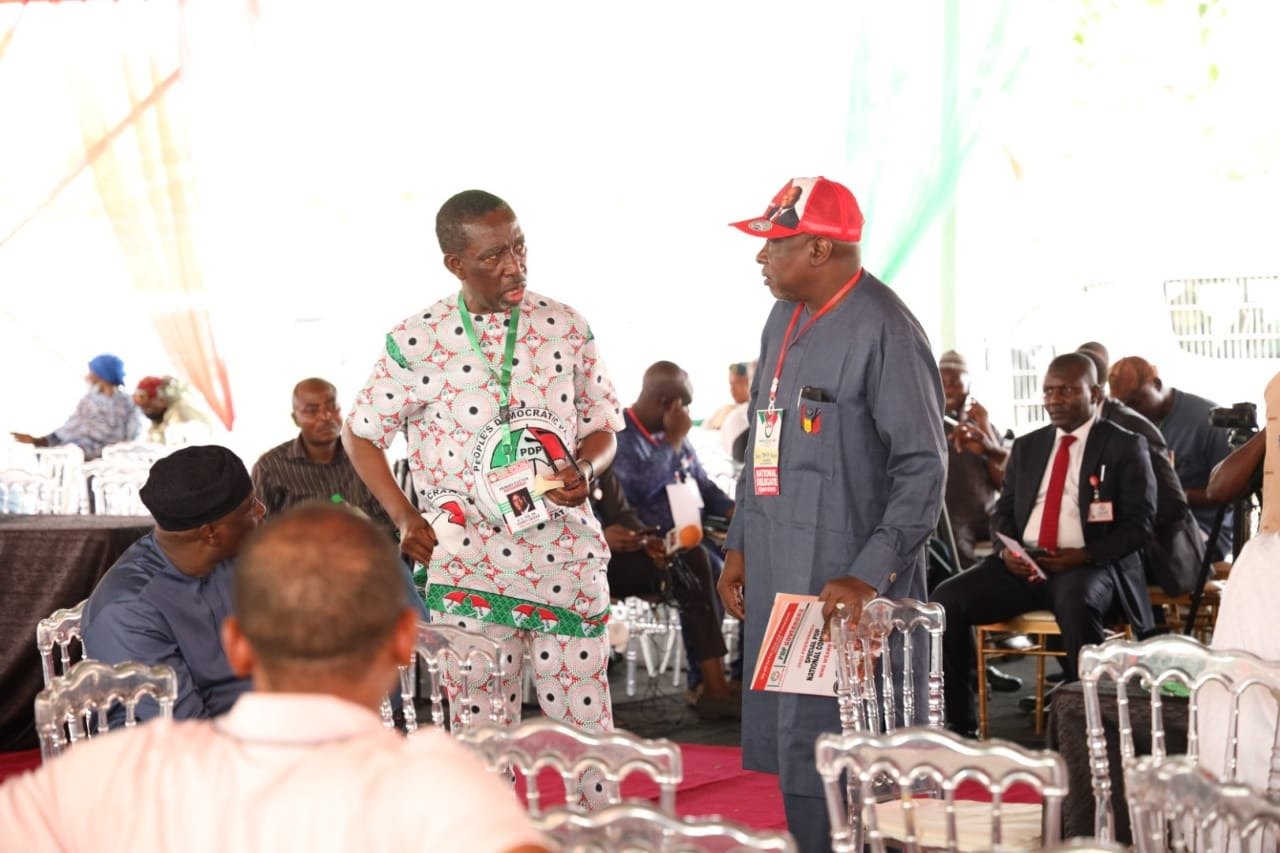 Gabriel Suswam, former governor of Benue, has arrived at the voting centre. The former governor said it is unfair for the Independent National Electoral Commission (INEC) to extend the deadline of the primaries. 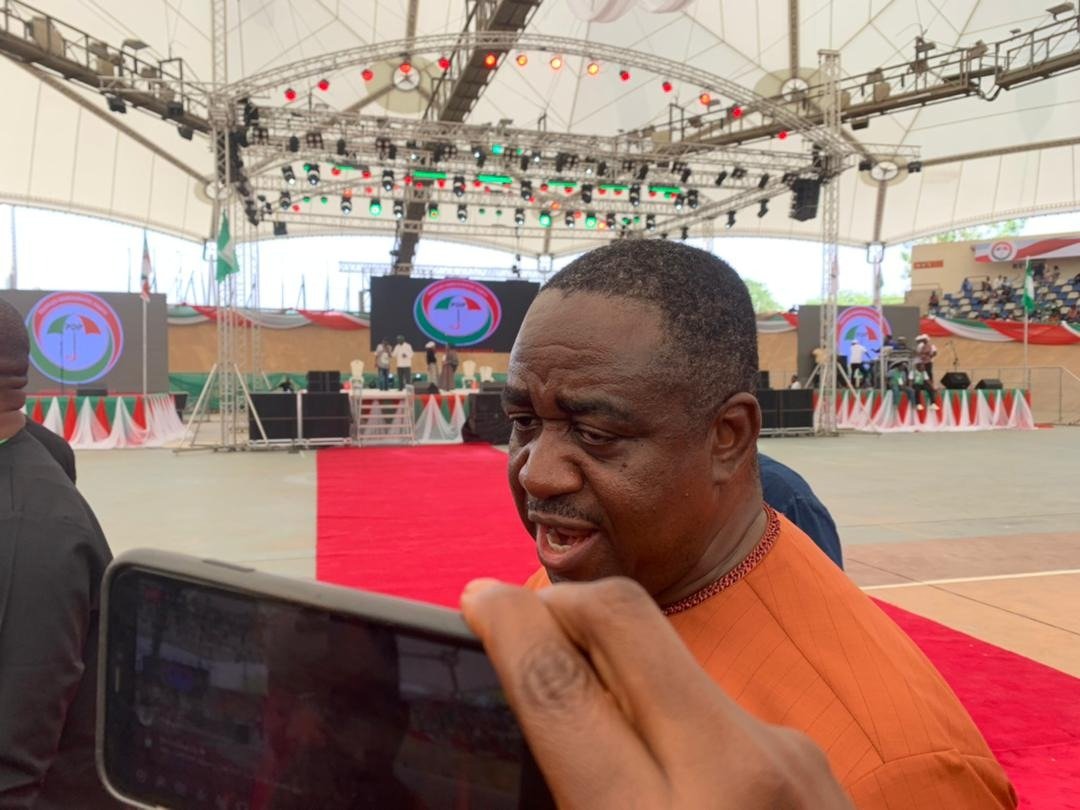 Anyim Pius Anyim, one of the presidential hopefuls, exchanges pleasantries with delegates from Abia.

Akwa Ibom goernor and one of the presidential hopefuls, displays his photo card to Abia delegates, appealing for votes. 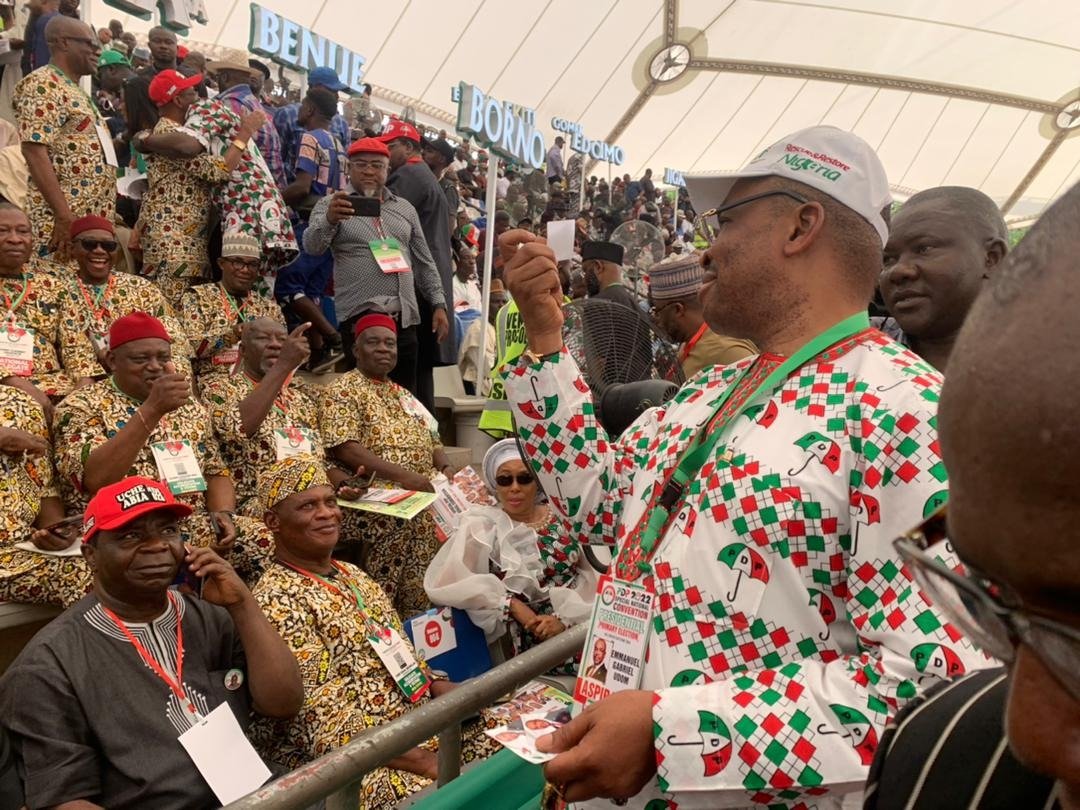 Voting points have been set up at the velodrome where the exercise is expected to commence soon. 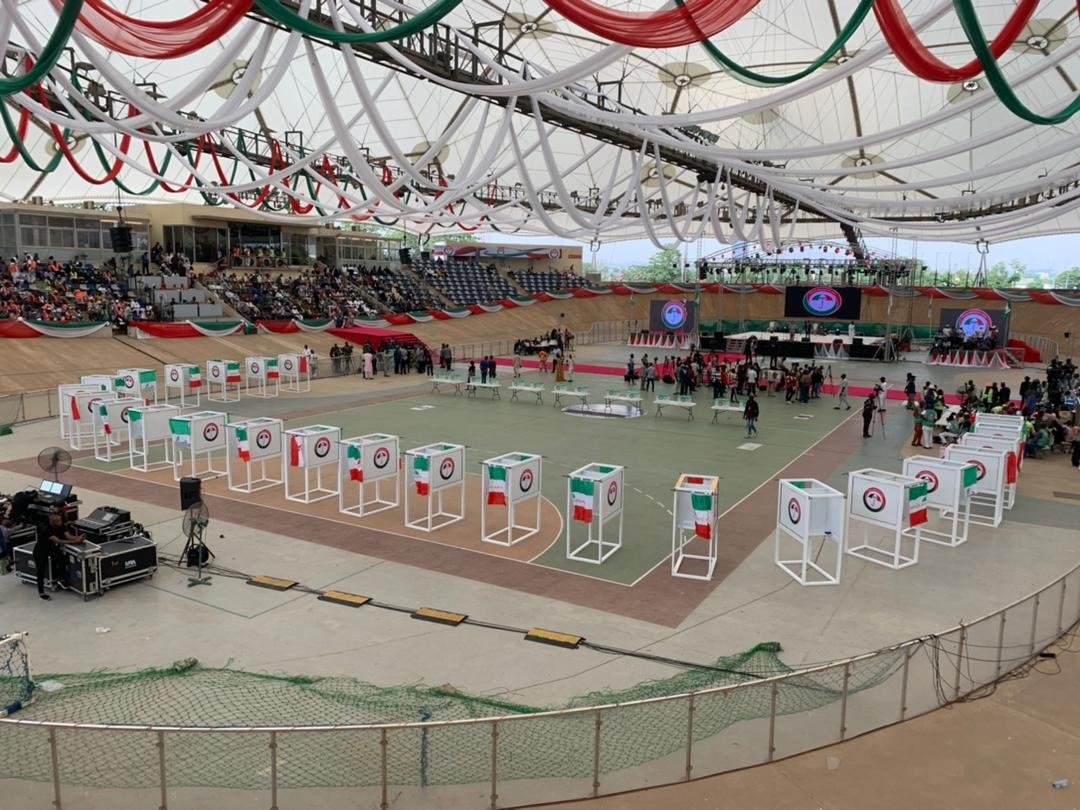 Some delegates have been seated while others are still being accredited. 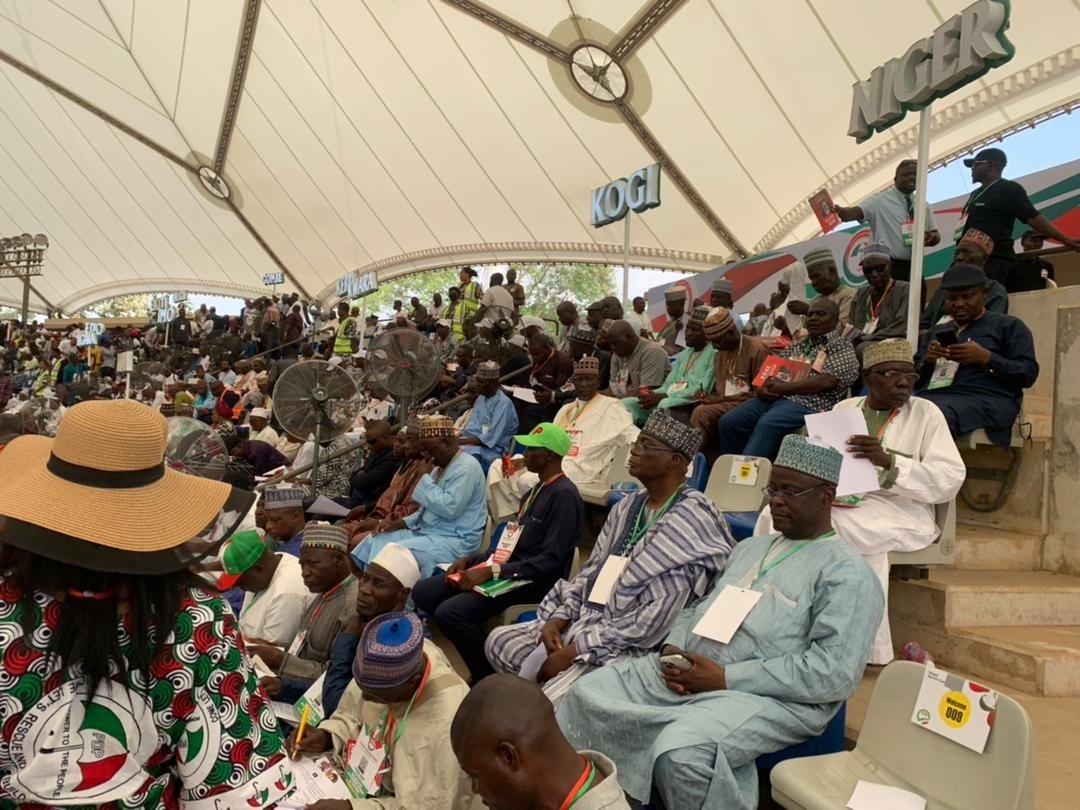 The accreditation of national delegates for the 2022 Peoples Democratic Party (PDP) National Convention has commenced at Moshood Abiola National Stadium in Abuja.

The News Agency of Nigeria (NAN) reports that delegates from different states of the federation are arriving the venue for accreditation.

Delegates are being accredited simultaneously state by state using the six geopolitical zones.

NAN reports that the delegates are being accredited with their means of identification which include driver licence, INEC Permanent Voter Cards, National Identify Cards on the list on delegates provided by the party.

ALSO READ:  PDP presidential primaries live: Each delegate to get N30m each

As at the time of filing this report, Delta, Bayelsa, Akwa-Ibom, Kogi, Benue, Niger, Abia, Anambra have finished their accreditation.

Other states going on with their accreditations are: Adamawa, Sokoto, Nasarawa and Ebonyi

Oyo, Lagos and Ondo states arere already at the venue waiting for their accreditation.

NAN reports that Chairman of the PDP Special Convention, Sen. David Mark and Governors of Bayelsa, Duoye Diri his Delta counterpart, Ifeanyi Okowa, with other members of the convention committee visited various accreditation points to inspect the process. 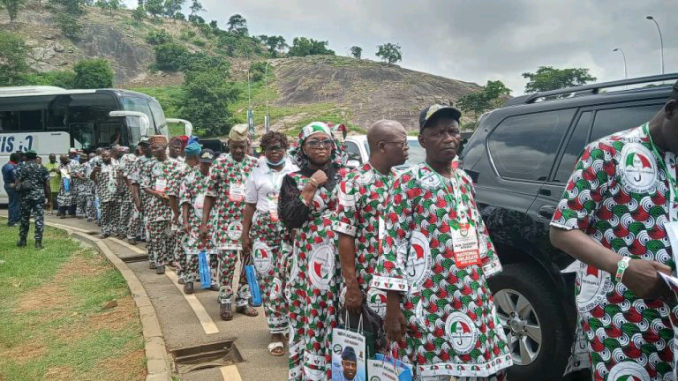 All is set for the presidential primary of the Peoples Democratic Party at the MKO Abiola stadium.

Their fate will be decided by 810 delegates who have converged in Abuja.

Delegates and supporters of presidential hopefuls of the PDP are converging at the venue of the party’s presidential primary election in Abuja.

Security operatives are on the ground to maintain law and order.

QATAR 2022: check out Time, venue,facts and procedures for draw