Yvonne Agyapong made Ghana proud when she won a series of awards during her graduation at the Union Catholic, UC, High School in New Jersey, United States of America.

She happens to be a daughter of Assin Central Member of Parliament, Kennedy Agyapong, who was in attendance for the colourful ceremony.

Wearing the sky blue graduation gown with matching cape and high-heeled shoes, a buoyant Yvonne expressed excitement at her feat which she said did not by any chance come easy.

Aside from mounting the podium on a sunny afternoon to receive her graduation medal, the young Agyapong was one of two valedictorians, delivering a speech that lit up the crowd and motivated the graduating class of 2022.

She was also well represented on the school’s official Facebook page where photos were shared of the event.

The three initial photos on the page were of her delivering her valedictory speech.

Find some photos below: 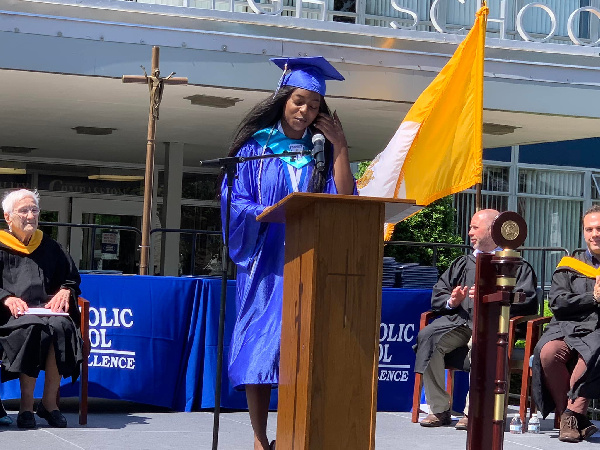 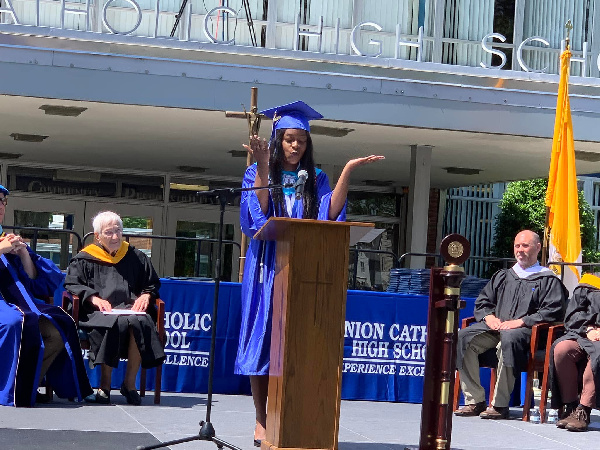 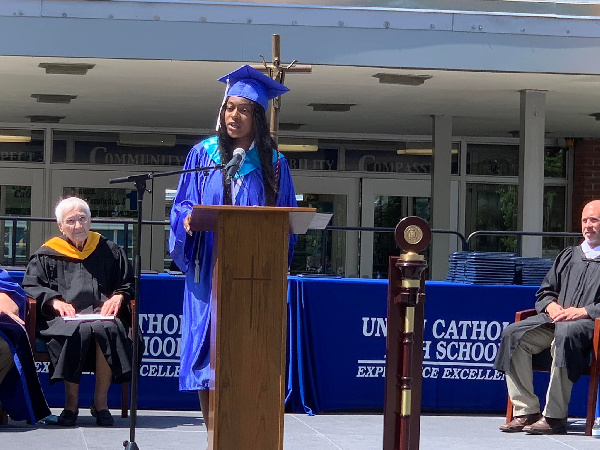 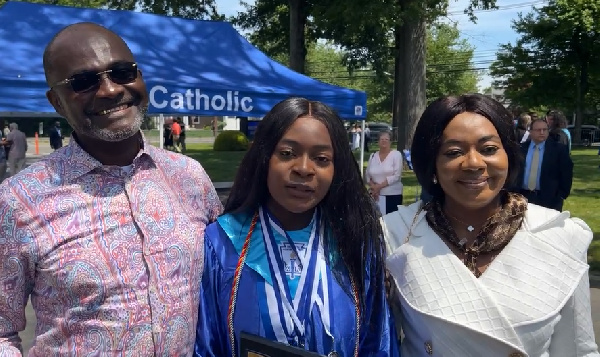 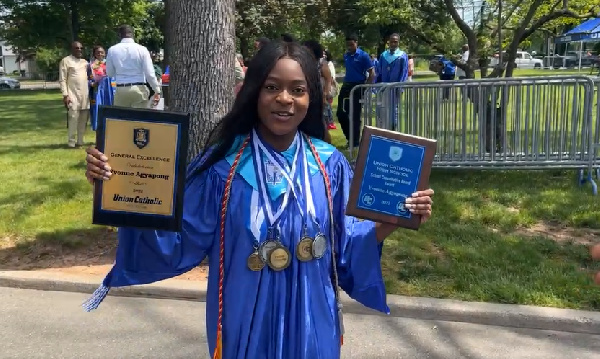 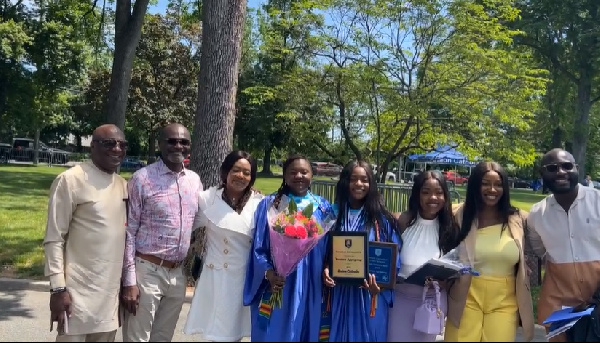 She won four subject specific awards and two school awards for her strides in the prestigious American college.

She was a co-winner of ‘The School Consultative Board Award’ along with one Michael Palacio, for which they received individual plaques before she was invited to also collect ‘The General Excellence’ Award.

The Agyapong family was well represented at the event. Kennedy Agyapong and his wife, Yvonne’s two older sisters and an elder brother, were full of joy as were some members of the Ghanaian community present.

In a LIVE video streamed by the Announcer Newspaper, the Yale-bound Agyapong disclosed that she had been admitted into 15 Ivy League schools but that she had chosen to pursue higher education at Yale.

Sarkodie, Stonebowy, Okyeame Kwame and others to perform on OTUMFOUR’S 72nd birthday

Abena Korkor’s Saga – Where Are The Women Activists And Feminists?