The Ministry of National Security has withdrawn its operatives from the Tema Harbour, effective 3 May 2022.

The decision according to the Ministry is in response to calls by the Economic Management Team for a rationalisation of the number of security agencies involved in physical inspection at the port given ongoing operations by the Joint Port Control Unit (JPCU) and the Revenue Assurance, Compliance and Enforcement (RACE) team.

The ministry in a statement signed by sector minister, Albert Kan-Dapaah, also said the withdrawal further forms part of efforts to enhance ongoing operations towards addressing the threat of terrorism and violent extremism in view of the surge in activities of terrorist and violent extremist groups in neighbouring countries and the ongoing expansionist activities of same to littoral West African states.

The statement noted that notwithstanding the withdrawal of personnel from the harbour, it shall provide the needed assistance to the relevant agencies in the conduct of surgical operations at the harbour when required. 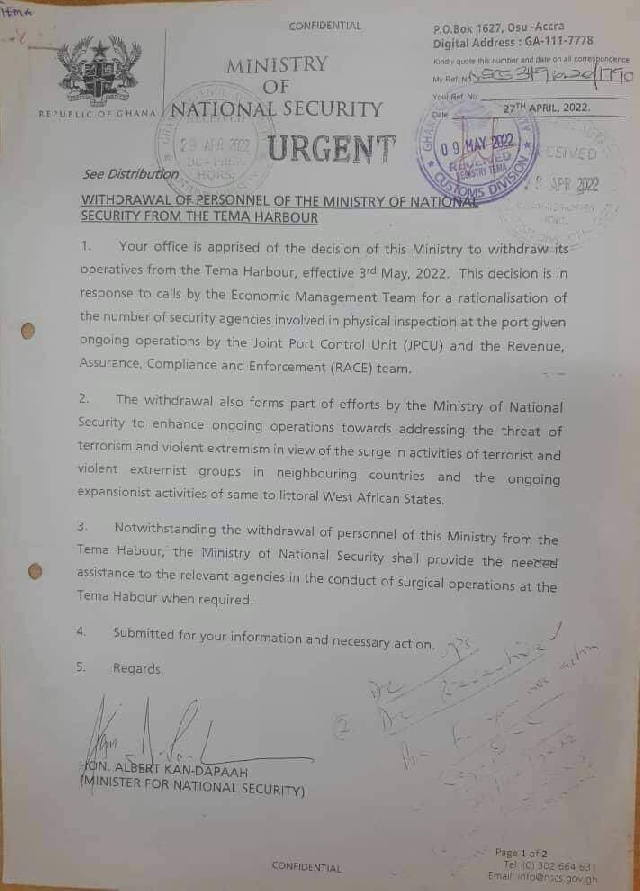