The chronicle of political events that followed the first military overthrow in Ghana, which ousted Kwame Nkrumah, the country’s first president, remain some of the West African nation’s most historic moments but this story may just depose all of the others.

Between the rule of Lt. Gen. Afrifa and Edward Akufo-Addo, Ollennu, who was then the Speaker of Parliament, had to step in, as the constitution demands, to be president.

But who really was this Ghanaian Head of State whose reign lasted that shortly? Here is his profile:

Nii Amaa Ollennu was one of the Accra representatives in the Gold Coast Legislative Assembly during the early 1950s. In 1950, he founded the National Democratic Party, becoming its leader. At the 1951 Gold Coast legislative election, the party failed to win any seats, and the following year, he led it into the Ghana Congress Party.

Ollennu was thus in opposition alongside Busia and Danquah to Nkrumah’s Convention People’s Party.

During the second republic, Ollennu was the Speaker of the Parliament of Ghana from October 1969 to January 1972. He also became the acting president of Ghana on 7 August 1970. He was officially the chairman of the Presidential Commission.

He took over from the previous military leader, Lt. Gen. Afrifa, and handed over on 31 August 1970 to Edward Akufo-Addo who was elected on 31 August 1970 by an electoral college. He polled 123 votes to 35 by Edward Asafu Adjaye. This was a ceremonial presidency as executive power was held by the prime minister, Kofi Abrefa Busia.

During the Second Republic of Ghana, Ollennu served as Speaker of the Parliament of Ghana.

Ollennu was born in Labadi, Accra in 1906 and belonged to the Ga people. His parents were Wilfred Kuma Ollennu and Salomey Anerkai Mandin Abbey. Ollennu attended the middle boarding school and the Salem School at Osu.

He then continued with his secondary education at Accra High School.

Part of his earlier education was at the Presbyterian Training College at Akropong in the Eastern Region of Ghana, where he studied pedagogy and theology.

After this, he went to England to study jurisprudence at the Middle Temple, London and was called to the Bar in 1940 after having taken 18 months to complete a three-year course passing with distinction – earning recognition from the Queen’s Counsel.

As the first person in his family to qualify as a lawyer, he was registered as Raphael Nii Amaa Ollennu in the Gold Coast (now Ghana) register in 1940.

He later became a puisne judge in 1955, rising through the ranks to become a High Court judge and on 1 September 1962, elevated to a Justice of the Supreme Court of Ghana.

He also published books on various legal topics and was an authority on the traditional African land-tenure system. He was also actively involved with the General Council of the World Alliance of Reformed Churches. He served as the President of the Ghana Academy of Arts and Sciences from 1969 to 1972.

Nii Amaa Ollennu married four times. His first wife was Emily Jiagge of Keta in the Volta Region whose grandfather was Togbui Tamakloe, Chief of Uti. He had two children with her: Amerley Ollennu and Boni-Ashitey Ollennu, a barrister in London.

He then married Charlotte Amy Sawyerr (née Mettle), the daughter of the Rev. John Josiah Mettle, and Mrs. Marian Anohuma Mettle (née Harvey). They had two children together: Noni-Ashitey (Fio) and Ashitei.

Mettle had five other children from another marriage. She died in 2016, aged 103 years. One of his wives was Nana Afua Frema Busia, the Queen-mother of Wenchi and a sister to Dr. Kofi Abrefa Busia, Prime Minister of Ghana.

Nii Amaa Ollennu was the cousin of the Quao siblings, including Nathan Quao (1915 – 2005), a diplomat, educationist, and public servant who became a presidential advisor to many Heads of State of Ghana. 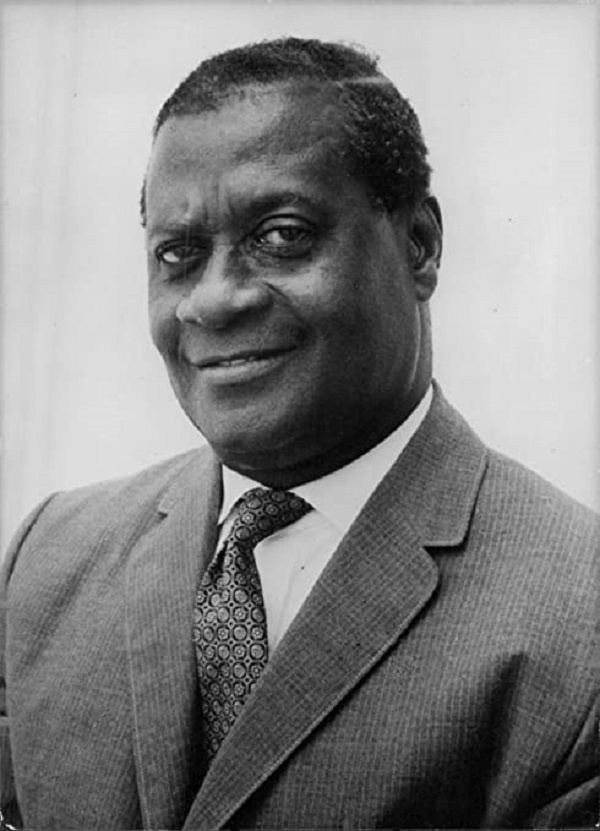 I’ll never fault Russia for invading Ukraine; the US could have done same – Dr. Antwi-Danso